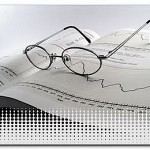 Il titolare di un conto Forex viene denominato Beneficiario, the Forex account is to all effects a current account nominal, it is the name for which encrypted. The regulations of the account are determined between the Beneficiary and the Custodian, after the signing of the current account of the Beneficiary; the latter will be received on the same capital, hereinafter referred Collateral.

In the face of the collateral custodian bank, at the request of the Beneficiary, assign the same line to be used in Forex currency market foreign exchange. Normally each operation of Forex account must be made by the Beneficiary which will go operational instructions to the Custodian that will perform; no one else can operate the account unless the Holder, ie the Beneficiary. In the case in which the Recipient decides to grant proxy operating in exchange of his account to a third currency trader, must sign with the Bank the said power of attorney, which may be total or partial in the discretion of the Recipient. However, what is written is verifiable at any institution.